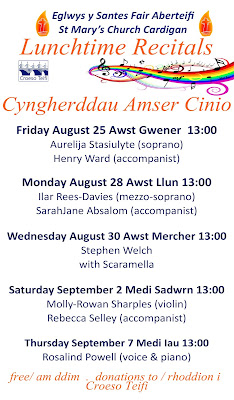 The series of summer recitals at St Mary’s Church continues on the 25th August  with the soprano singer  Aurelija Stasiulytė.  Aurelija was born in Lithuania in 1992 and began studying music at the age of 8.  She began her vocal studies at Kaunas Juozas Gruodis Conservatory where she was nominated as the best singer of her year.  In 2012 she studied at Vytautas Magnus University and in 2014 entered the Lithuanian Academy of Music and Theatre, where she received her bachelor's degree under the tutelage of Vladimiras Prudnikovas.  She is currently studying with Buddug Verona James  and will return to Lithuania in September to continue her studies for her Masters degree. 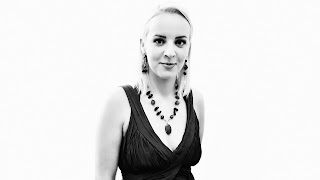 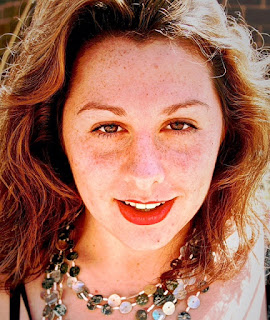 On the 28th August St Mary’s presents the mezzo-soprano Ilar Rees-Davies .  Ilar has just completed her studies at The Guildhall School of Music and Drama in London and is currently engaged in work with Opra Cymru on a new welsh-language Opera.  She is also a resident artist for Age Cymru and working with Hijinx Theatre Company. Donations collected at this series of free recitals are being given to Croeso Teifi the Cardigan based project to rehome Syrian refugees.  Ilar spent time in Belgium and Berlin working with young Syrian refugees,s o this cause is one that's very close to her heart.  Ilar will be accompanied by Sarah Jane Absalom.
Both recitals start at 1pm.

other resettlement organisations in west Wales